how can I stay motivated in med school?, I started preclinic and I havent like’d it so far as I hoped.. I feel so stupid, I wonder if I’ll ever be good enough to be a doctor

The first few years are rough, as I am experiencing now.  It can be hard to feel engaged when doing so much book work.  I recommend a couple things to get reved up again:

First off, take a break.  Go to a movie.  Go for a run.  I sometimes make deals with myself and say “if you study for 3 hours you can take a 20 minute nap” or “if you study till 5 you can go see that movie.”  Incentivize your learning.

Second, figure out ways to remind you why you are in medicine.  As part of our curriculum I work in a clinic a few times each block.  I cannot tell you how much good that does for me.  When I feel like I am drowning in data it is nice to have human contact that reminds me what the big picture is.  Just two weeks ago I got to reassure a woman she did not have breast cancer and would not need a double mastectomy like her mother.  Perhaps you can find a physician to shadow or a clinic to volunteer in every so often, just to recharge your batteries.

Finally, find ways to make your learning relatable.  In didactic systems you may not see how the basic science you are currently learning applies to real people.  Go search out that information.  Are you learning about the heart?  Figure out why people with heart failure get the symptoms they do.  Give yourself a dose of pathophys even if it is extra for your first year.  Keep figuring out ways to apply your knowledge to real human problems.

I think very few people get through medical school feeling like a genius.  I feel dumb probably once an hour, on average.  Today in clinic I struggled to turn on the otoscope light in front of a 12 year old patient.  It’s common and part of the process.  The smartest docs aren’t always the best docs.

You are good enough.  They already told you that by picking you to go to medical school.

Time to prove them right.

"Please read the 7 Habits of Highly Effective Teens Book. Not only will you be motivated to study, but you'll know why you're motivated.

Here's a rundown:
1. Be Proactive: recognize that you slack off after a good test, plan for it, write a detailed note of what happens when you slack off (you fail the next test, you lose sleep cramming). Then commit yourself to not procrastinating (tell a friend to keep you on your toes, or just make a promise to yourself--sometimes just an oath keeps us in line)
2. Begin with the End in Mind: See that A. Feel it. Now, work backwards on how you get there. (Set up regular study times, work with someone if you have to, make the goal smaller so that it's less daunting)
3. Put First things First: Is your study time important? More important than fun with friends? More important than family time? More important than eating? (probably not, but you get the point. If you put a list of priorities next to your desk, or on your person, you'll be stronger on your conviction to study. Plus, you'll get more respect from those that you have to put aside for studying; conversely, if you feel studying can be skipped just this once, you won't feel guilty....... you'll know in your heart you need the break, but you're still on track.)

That's the 1st three Habits and I bet even those 3 will improve your outlook.

Here's another tip: remember that High from getting a good grade? every time you're going to let your studies slide....... remember that feeling and how much you want to feel it again. Let yourself know that you only get that feeling with hard work.... and then get to work!"

10 Habits That Will Make you Happier

Only true measure of personal success is happiness. It’s almost impossible to make others happy if you’re not happy yourself and making other people happy is the highest expression of success.
Keeping above mentioned facts in view, here are ten small changes that you can make to your daily routine that, if you’re like most people, will immediately increase the amount of happiness in your life:

Life, more often than not lives up to (or down to) your expectations. Therefore, when you get up from bed every morning, think about something positive first up and tell yourself: “something wonderful is going to happen today.” Guess what? You’re probably right.

The most common cause of stress is a busy schedule filled with too much work to do.  Instead of being obsess about it, just pick one thing that, if you get it done today, will move you closer to your highest goal and purpose in life. Do that first and then pick the next one.

By giving away gifts I do not mean a formal, wrapped-up present. Your gift can be anything ranging from your smile, a word of thanks or encouragement, a gesture of politeness, even a friendly nod. And never pass beggars without leaving them something. Peace of mind is worth the spare change.

Debates about politics and religion never have a happy ending because they get people all riled up over things they can’t control. When such topics surface, bow out of discussion by saying something like: “Talking about that stuff makes my head hurt.”

Because you can’t read minds, hence don’t assume about the “why” behind the “what” that people do. Attributing evil motives to other people’s weird behaviors adds extra misery to life, while assuming good intentions leaves you open to reconciliation.

Try to forgive all those who have offended you. It will cool down your mind and make your life easier.

In our daily routine we are always running late by 5 minutes and we can’t avoid scarfing something quick to keep us up and running. But still, at least once a day try to eat something really delicious, like a small chunk of fine cheese or an imported chocolate. Focus on it; taste it; savor it.

8. Don’t Remain Preoccupied With The Thought Of Results:

Worry is like a rocking chair, it gives you something to do but gets you no where, it originates from focusing on events that are outside our control and is the biggest enemy of happiness. Once you have executed your plan, there is nothing more that you can do. Focus on the job at hand rather than some weird fantasy of what might happen.

The entire point of broadcast television is to make you dissatisfied with your life so that you will buy more stuff. While most of the households leave their television sets on as “background noise” while they are doing other things. Hence turn off your television set to avoid being subliminally programmed to be a mindless consumer?

Write down at least one wonderful thing that happened during the course of the day, before going to bed. It might be something as small as a making a child laugh or something as huge as a million dollar deal. Whatever it is, be grateful for that day because it will never come again. 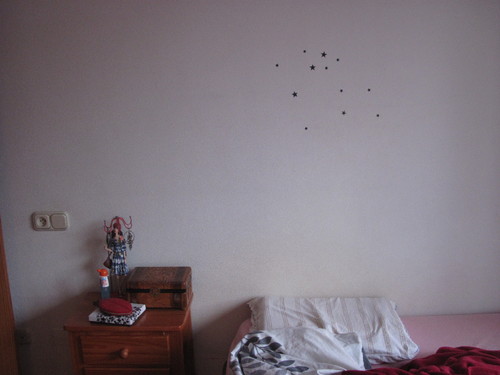